Time to take a close look at the ethical and consent implications of using someone else’s likeness in your holodeck fantasy, as well as broader issues of holographic sex, privacy, labor rights and censorship.

Support the Show on Patreon: http://www.patreon.com/womenatwarp

And don’t forget to subscribe to the Roddenberry Podcasts Master Feed, wherever you get your podcasts. 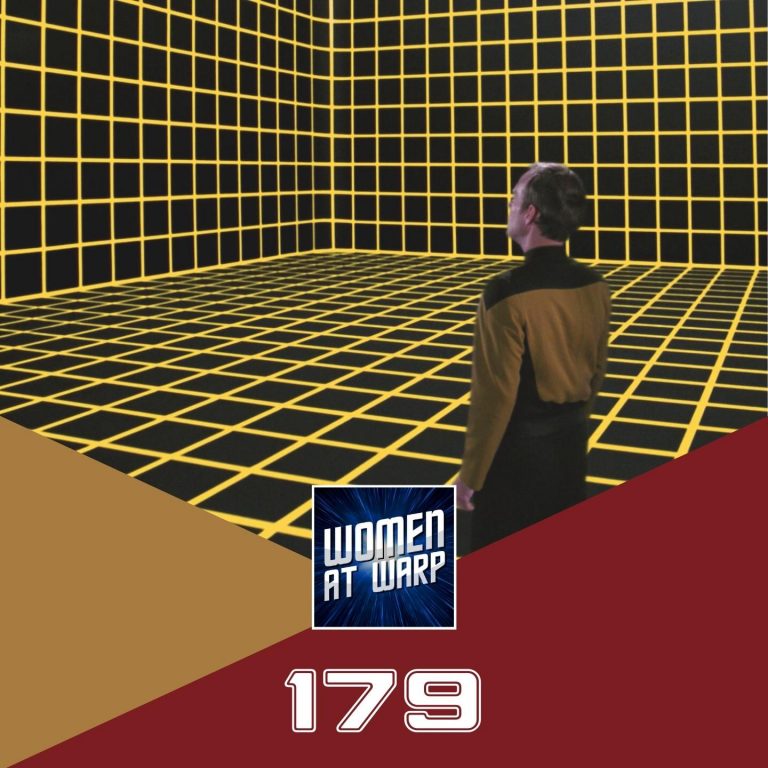 179: Why We Can’t Have Holodecks
Search Results placeholder
533 – Hell Is Frozen, And All The Sweaters Are Here

This week on Episode 533 of Priority One: ViacomCBS tries to make amends to the world; First Contact celebrates 25 years; Badgey finally makes it into Star Trek Online; and we continue our S4 review of Star Trek: Discovery!

Before we left you for our Thanksgiving break, we reported that ViacomCBS had pulled Star Trek: Discovery from Netflix, leaving our friends outside of the US and Canada without a way to watch the latest season until sometime in 2022. Well, ViacomCBS has performed a massive international course correction.

The fact that DSC was the fourth-most pirated series during Thanksgiving? Completely unrelated. Image: MUSO, via Deadline.

Perhaps it was the international uproar. Perhaps it was because their poor planning was so misguided that it made headlines on news outlets like the BBC. Whatever the case may be, Paramount+ announced that Star Trek: Discovery will now be available internationally via Paramount+ or Pluto TV. You can find a detailed list of which platform in which country Discovery will be made available here.

It’s been 25 years since Star Trek: First Contact premiered in movie theaters. Widely regarded as one of the best films of the franchise, its production wasn’t entirely a walk in the park. In an interview with The Hollywood Reporter, writer Ronald D. Moore shares some behind the scenes stories about the film–including a clash with Sir Patrick Stewart.

According to Moore, Stewart wasn’t too thrilled about some of the writing so he convinced Rick Berman to replace Moore and his co-writer Brannon Braga with some of his own writers. However, those new writers didn’t quite work out…so Braga and Moore were brought back. Awkward.

Even more awkward than this, apparently. Image: ViacomCBS, via TrekNews.

“I remember Patrick at the outset just said something like: ‘It’s good to see you. I hope that we can all move on from the things that have happened, and now let’s just concentrate on the work.’ And I took that in the spirit it was given: [He] wants to move on from this, he’s not going to apologize outright, but he kind of is apologizing. And it was never spoken of again. So we just moved on.“

The Moore You Know

Moore also spoke with SyFy about his work on the film. In this interview, there’s more discussion about the actual development of the script and it’s production. For instance, did you know that one of the original drafts had Riker as the action star–facing off against the Borg aboard the Enterprise. But Sir Patrick wanted in on the action–recalling the episode “Starship Mine.” They even toyed with the idea of setting the film in medieval times!

When asked about scenes for stories that he wished hadn’t been cut, Moore explains:

“There were just expanded sequences. There was just more action in general, more fighting the Borg in the corridors, and going into different places on the ship. And I think there was more humor. A lot of the jokes got cut down. I think we had more fun with Troi (Marina Sirtis) and Cochrane’s relationship on Earth, where he gets her drunk. We had more to that sequence scripted and that was fun to write, too. Rick might have made us cut it because he was always a little too–he was always kind of worried that maybe the humor would be too corny or something.“

The Other Kind of Star Trek Royalty

One aspect of the film that Trekkies like to debate is the introduction of the Borg Queen. Well, Trekkies aren’t the only ones that debated her introduction. According to Moore:

“…it was a choice that was also antithetical to the idea of the Borg. The whole concept of these villains was that they were a collection, and that there were no individuals. And that’s what made them the faceless, implacable ‘resistance is futile’ enemy. But it also limited how to deal with them dramatically…[s]o we really went back and forth about it internally…[w]e decided that the story would be better if we had some individual to deal with.”

“To craft scenes around, to do an intimate kind of dialogue back and forth and help get inside characters’ heads–like Data in particular, and Picard. So what we came up with…a Borg Queen that controlled at least this collective of that particular ship, not necessarily that she was the queen of the whole Borg…“

For more insight about the film and its production process, be sure to Trek Out both interviews.

Well, while we’re talking about Picard: the next season is premiering in February, and we’re getting bits of information about the upcoming season, including Michelle Hurd’s view on working with Whoopi Goldberg.  Michelle Hurd told a fan via Cameo what filming Picard Season 2 was like, saying “I pinch myself. I am a fan too, I literally pinch myself when on set or get to work with these amazing iconic creatures.” She was referring to both John de Lancie’s return as Q and Goldberg’s return as Guinan. Hurd went on to say that working with Goldberg was, “the bomb. She is SO cool. She is just cool, she is just Whoopi. That’s all you can say.”

Of course, not everyone’s working relationship was as cordial. Image: ViacomCBS, via Agony Booth.

Not much is known about how Guinan may fit into Season 2 of Picard. We know that her character has demonstrated a special ability to sense changes in timelines, which could factor into the time travel and alternate timelines featured in the upcoming season.

Speaking of Whoopi, she interviewed Sonequa Martin-Green on The View recently, and if you haven’t had a chance to watch it, you really should. Martin-Green includes a very touching acknowledgement to Goldberg’s history on Star Trek and how she and Nichelle Nicols paved the way for her to take on the Captain role on Discovery. Martin-Green told Goldberg, “I am your accomplishment, and I thank you.”

Now, here are a few headlines that we didn’t discuss but might interest you.

Has Q Found Some Chill At Last? (No.)

It’s that time of year again, again. Time to get those scarves and sweaters and head to Q’s Winter Wonderland, where you can participate in your choice of Winter Wonderland Activities and get a new Tier 6 Starship…that had yet to be announced at the time of this recording [It was announced as the cross-faction Eisenberg-class Star Cruiser on Cryptic’s Ten Forward Weekly stream the following day, December 1st–Ed.] This means that, just like last year, Daily Progress toward earning your new starship can be obtained by participating in any of the following activities:

Once you run one of those events to earn your Daily Progress, you will also get various Holiday Ornaments, used in different combinations to purchase things in the Winter Event store. New this year:

Well Someone’s Going To Have A Blast

A more surprising addition for this year’s event is a new Breen Ground Set. The set centers on cold damage, specifically a new Polar Blast ability: a cold damage AOE  centered on a single target.

Q’s Winter Wonderland will be available from December 7th, 2021 to January 6th, 2022. This event will run simultaneously across all platforms (PC and console).

In a recent interview with StarTrek.com, Design Director Al Rivera and Staff Writer Paul Reed discuss what it was like to incorporate Star Trek: Discovery into Star Trek Online. The two discussed their initial reactions to hearing about the new show and how having new content to draw from and how that has helped add more content to the game.  Because Captains in the game have gone to all four quadrants, made peace with the Founders, saved time itself, and even won, barely, a war against the ancient Iconians, having new Star Trek shows like Discovery gives the team that extra bit of inspiration.

Reed already has an interesting idea for how to tie the lore into the far future setting of Discovery’s third and fourth seasons. “Say for example, are the Iconians still around in that time era? And if so, what are they doing? Have they evolved? Have they changed? Are they still mad? It’s been a long time, but I’d like to go into some pockets of our lore in that far future and then tie in with the Discovery team in some way. So, seeing how the Iconians handled the Burn for example would be pretty cool.”

Then again, how can you possibly top this? Image: Cryptic Studios, via StarTrek.com

Rivera had some of his own ideas for stories to tap into. “And they got all the Sphere data, what was that about? That’s a perfect example of a story where we can jump off of and talk about what that was, or what’s a gormagander? Let’s talk about that. So there are opportunities there.”

Well, we’re excited to play all of these stories in-game. Anytime now.

In a recent tweet, Environment Artist Nick Duigid reminisced about the launch of Club 47 on ESD seven years ago! Nick says it doesn’t get much traffic these days–but the launch party looked like a really good time. 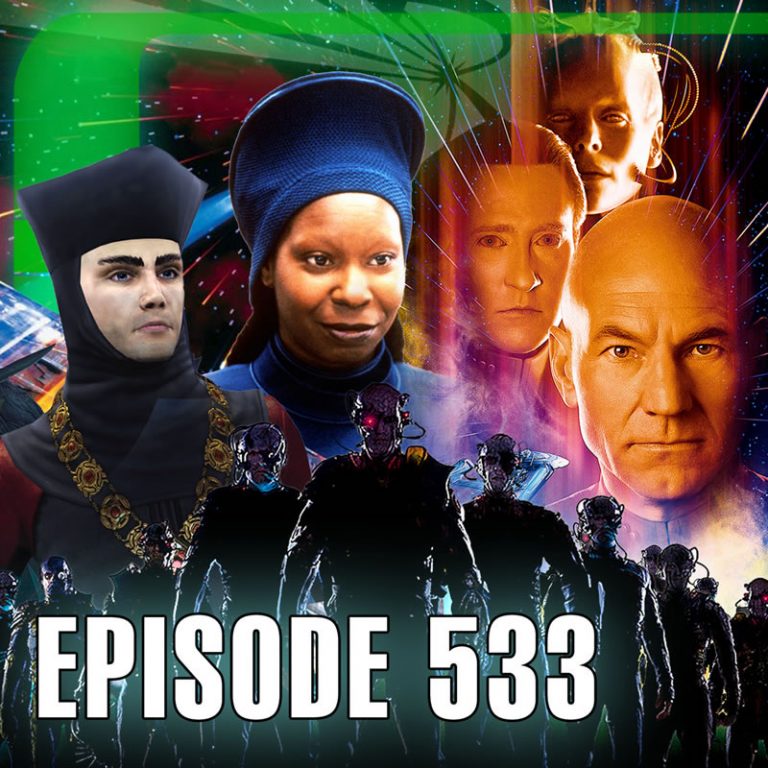 533 – Hell Is Frozen, And All The Sweaters Are Here
Search Results placeholder
Prodigy ”Terror Firma”

The Protostar crew are still stranded on a planet that doesn’t want them to leave… ever. It’s up to Dal and Gwyn to reach the ship and Captain Janeway before the planet traps them for good or before Drednok and The Diviner track them down and discover the secret inside the ship…a secret even Janeway doesn’t even know about.

Send in your comments! Kids who watch Prodigy are encouraged to email a voice memo to missionlog-prodigy@roddenberry.com and tell us your first name and age, if you liked the episode, your favorite part, and what you learned. Your comments may be included in the next podcast. 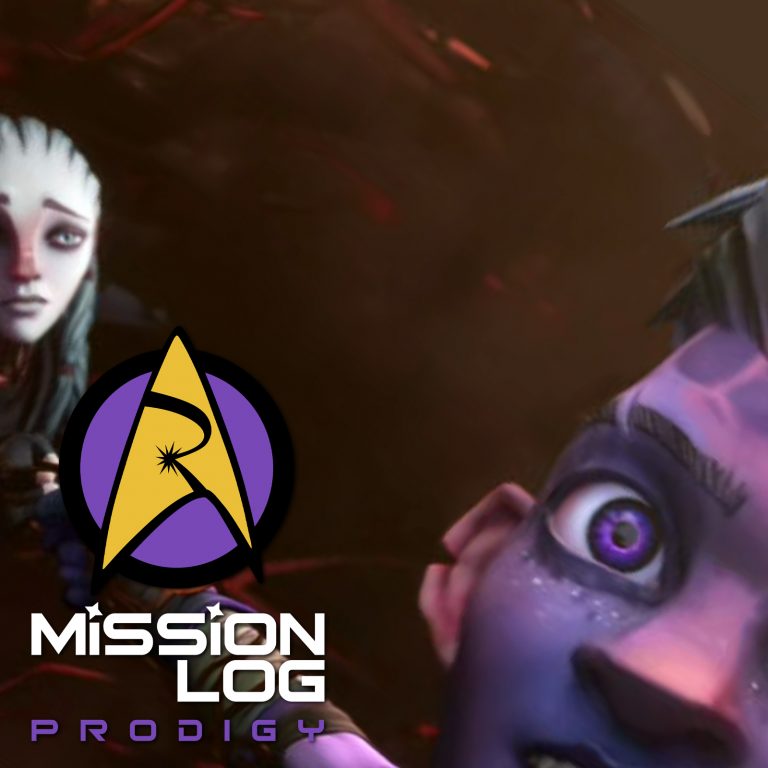 “Oscar, Where Are You?” That’s the question posed in a behind-the-scenes photo from the first Star Trek pilot, “The Cage.” Today, we welcome back guest Emmy Lou Crawford (Carey Foster) who is in that very picture to share stories of working on TOS and working with “uncle Rod.” 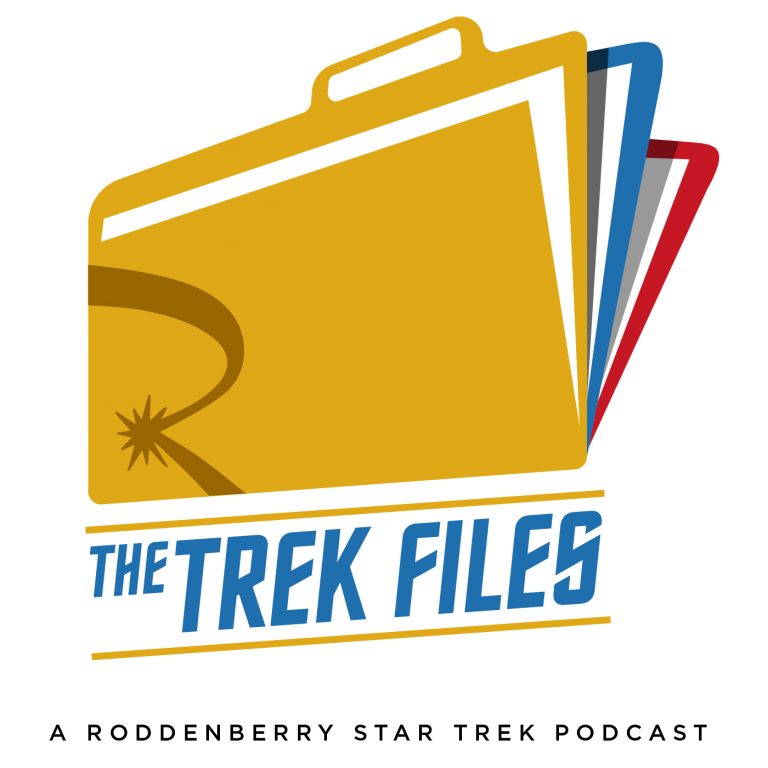 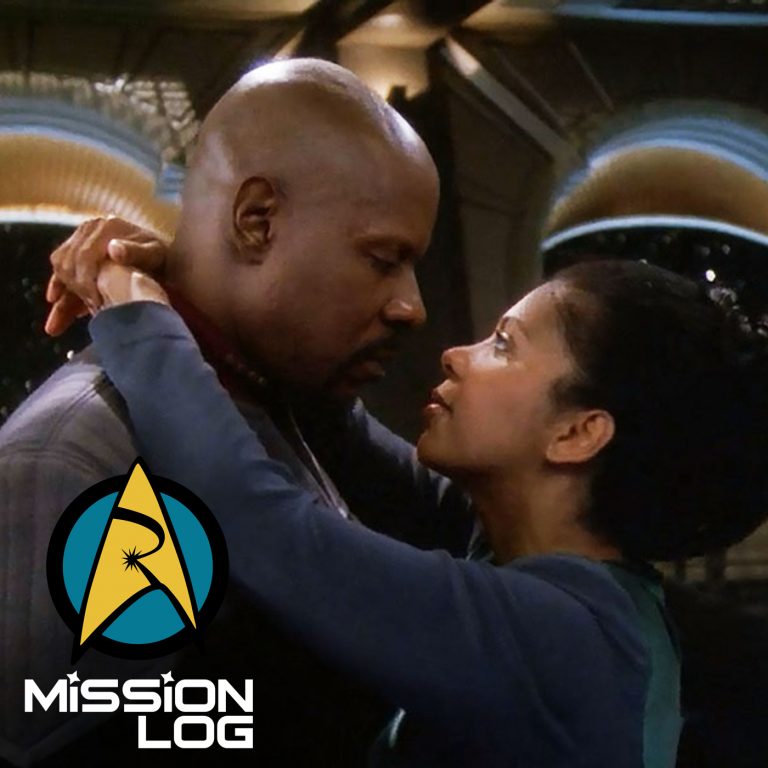 This week: updates on the Star Trek Universe including Discovery, Prodigy and Picard; William Shatner goes to a fan’s wedding; lifetime achievement awards for the Okudas; brand new tiny starships from Eaglemoss and Hero Collector…and much more! Plus a show and tell/giveaway and this week’s poll.

David Zayas loves thrillers so much, he starred in one!! He tells hosts Clare Kramer and David Magidoff about how psychological thrillers represent his two biggest loves in the world coming together AND about how without thrillers he may have never been born. Only on Fanaddicts. 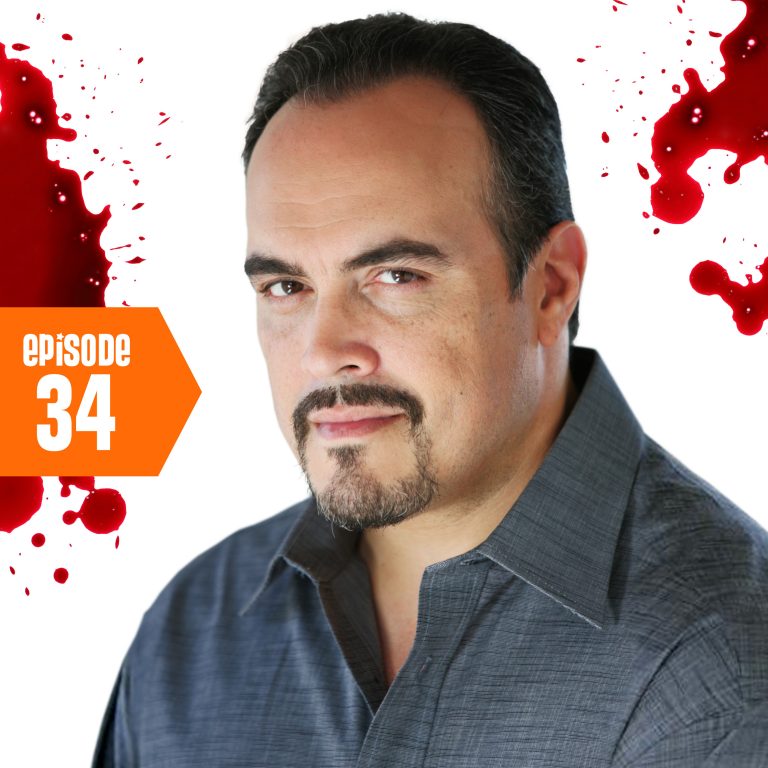 Ten years after Star Trek aired its last episode, The Motion Picture was a reality. A premiere audience gathered for the highly-anticipated, still incomplete, film along with a gala at one of the Smithsonian’s crown jewels. Get a taste of the off-screen drama in today’s episode.

Follow Sci-Fi 5 for your daily dose of science-fiction history. 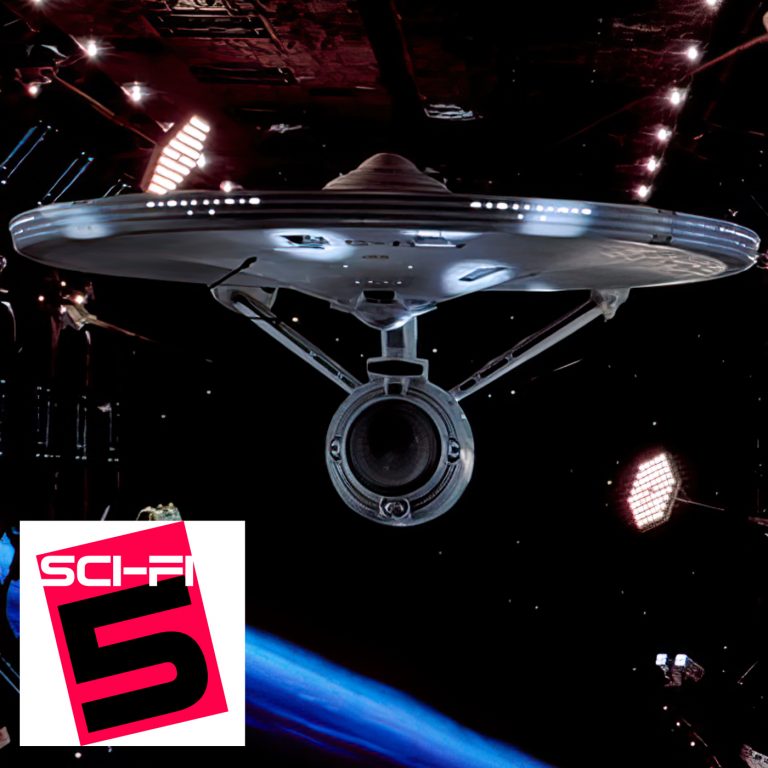 Narrowly escaping an encounter with a Krill ship, Captain Mercer and Lt. Malloy are given new orders: to infiltrate the enemy vessel and steal a copy of their holy book. To do so, they’ll have to go undercover as Krill themselves.

Join us each week for a discussion of the themes, morals and messages in each episode of “The Orville.” Follow @ML_TheOrville on Twitter and be sure to check out podcasts.roddenberry.com 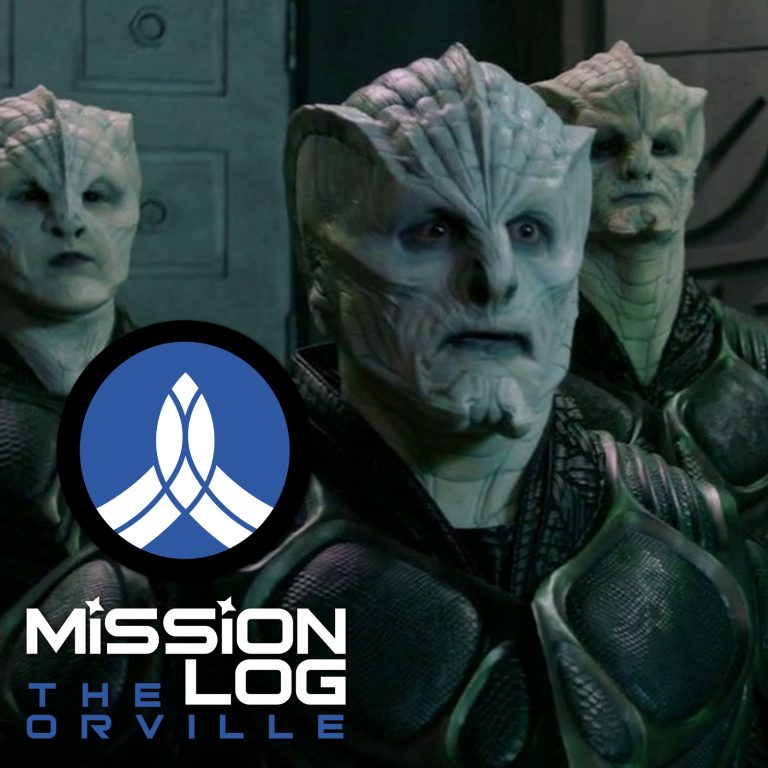 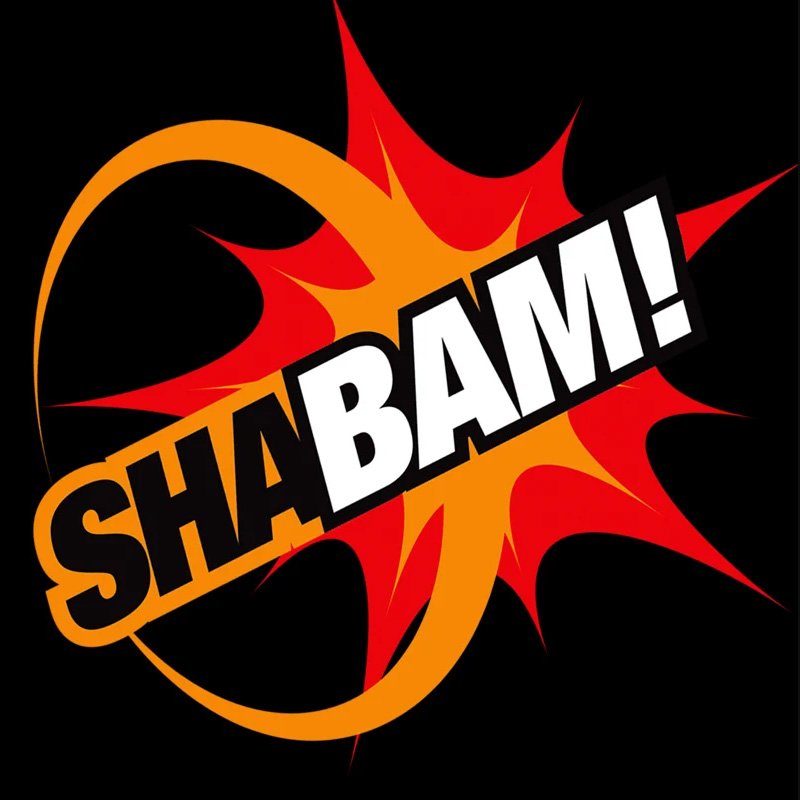 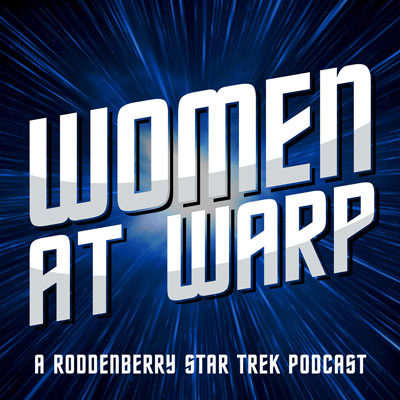 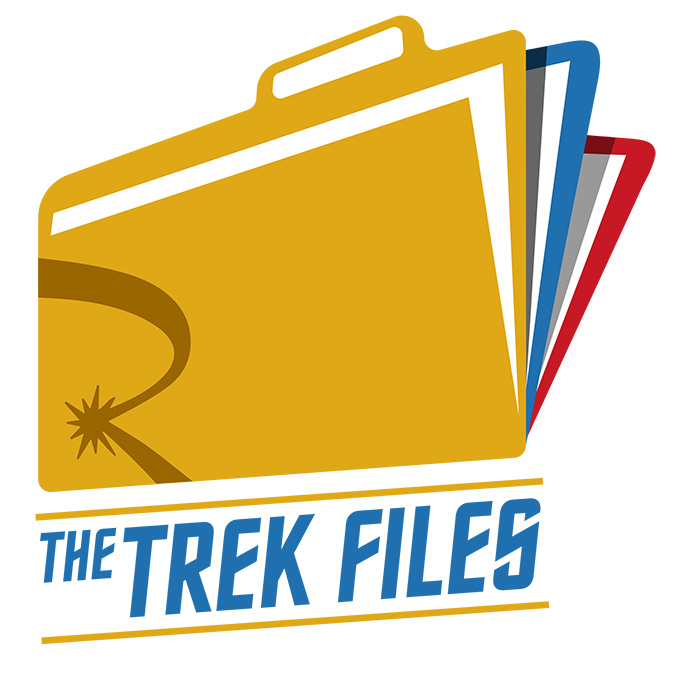 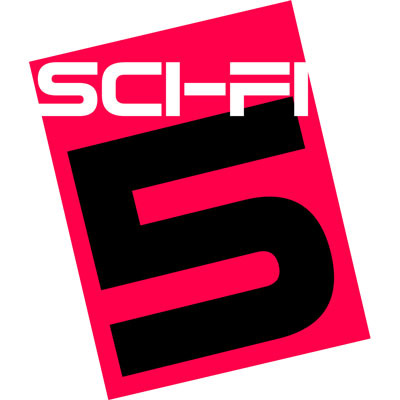 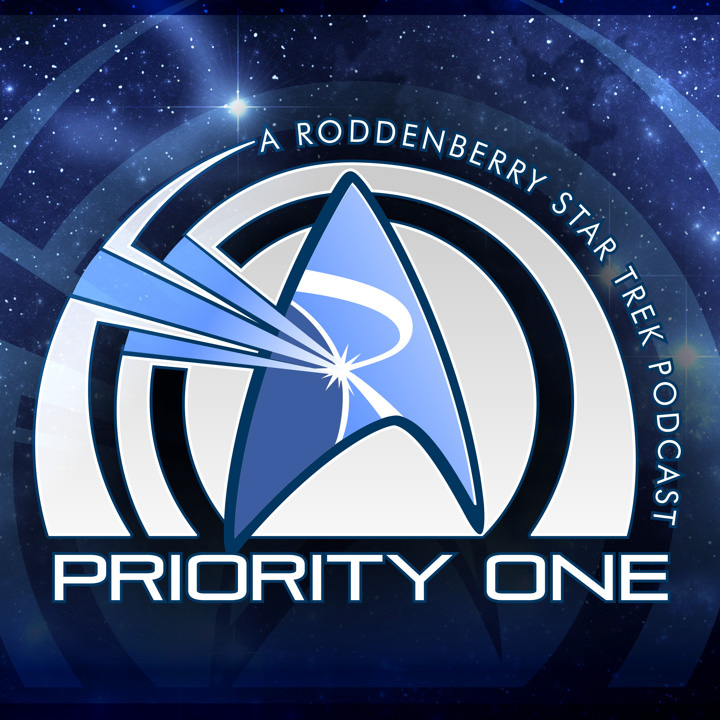 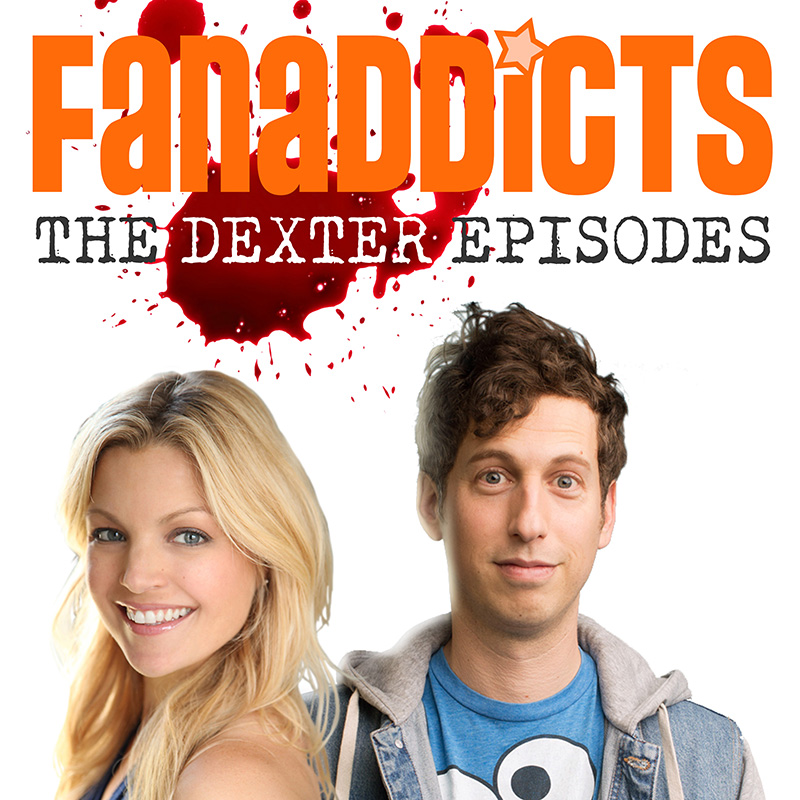 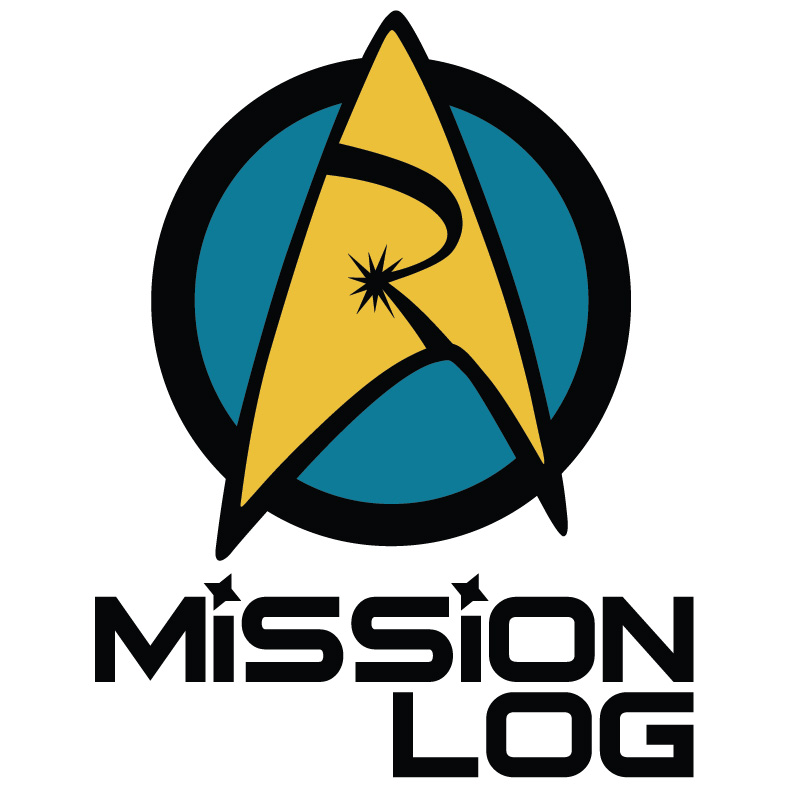 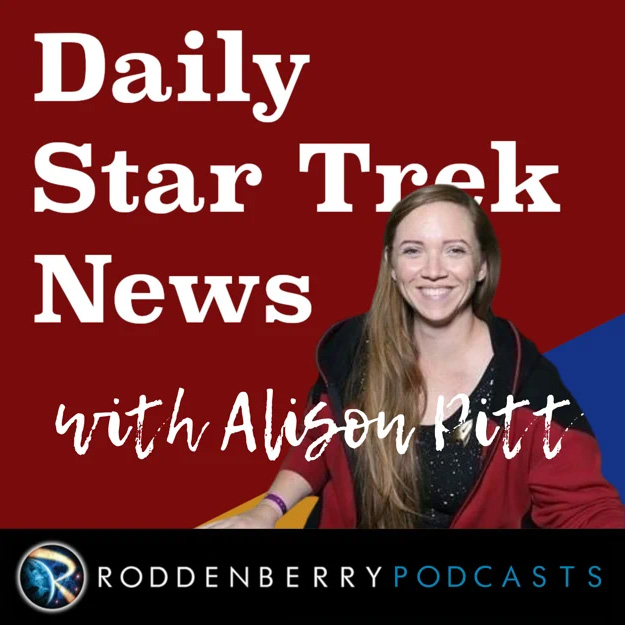 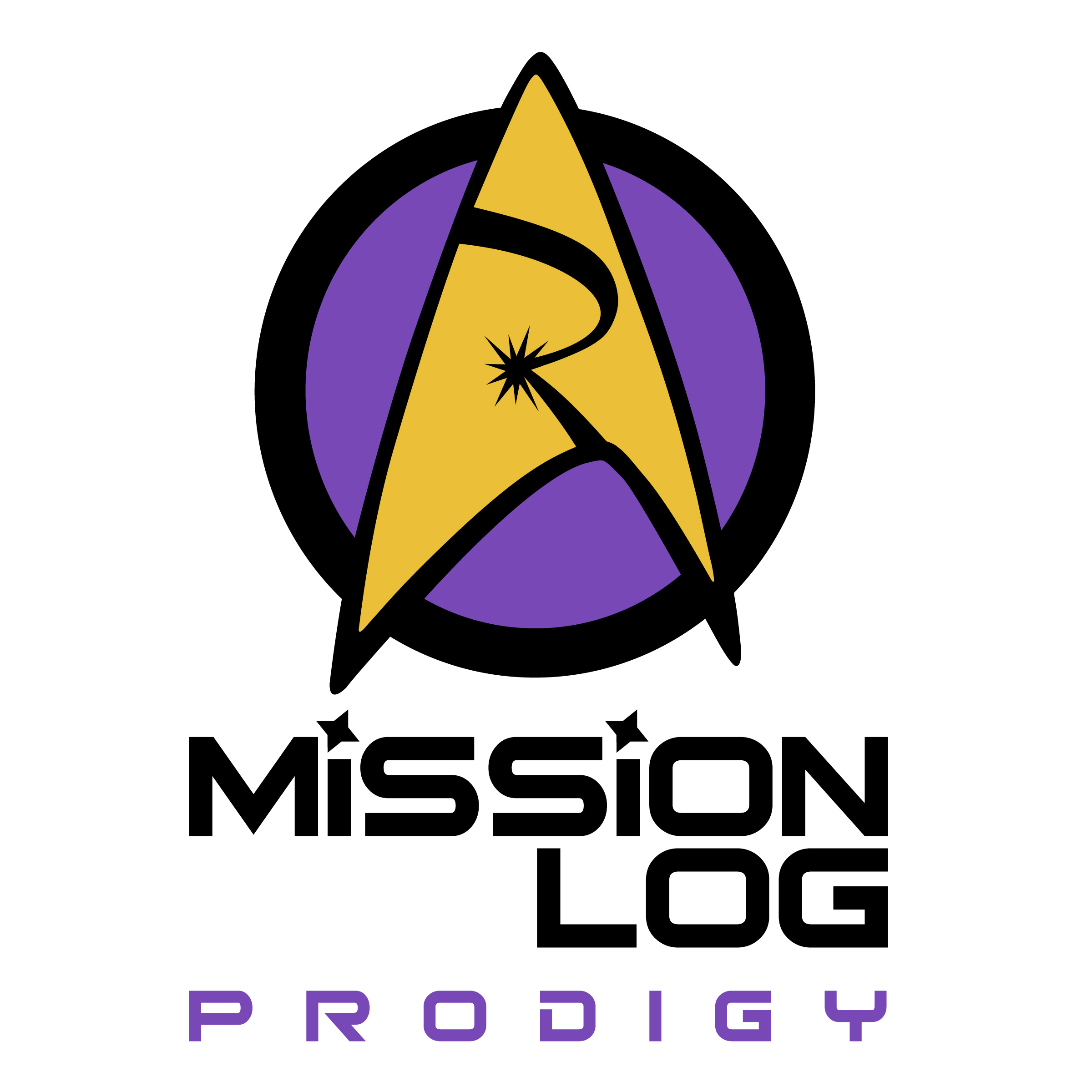 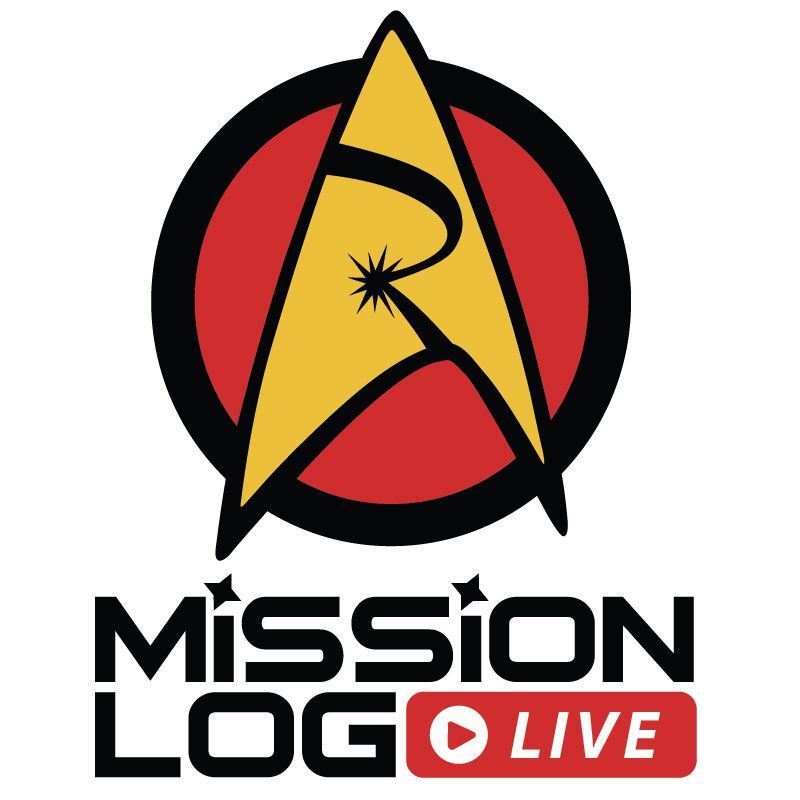 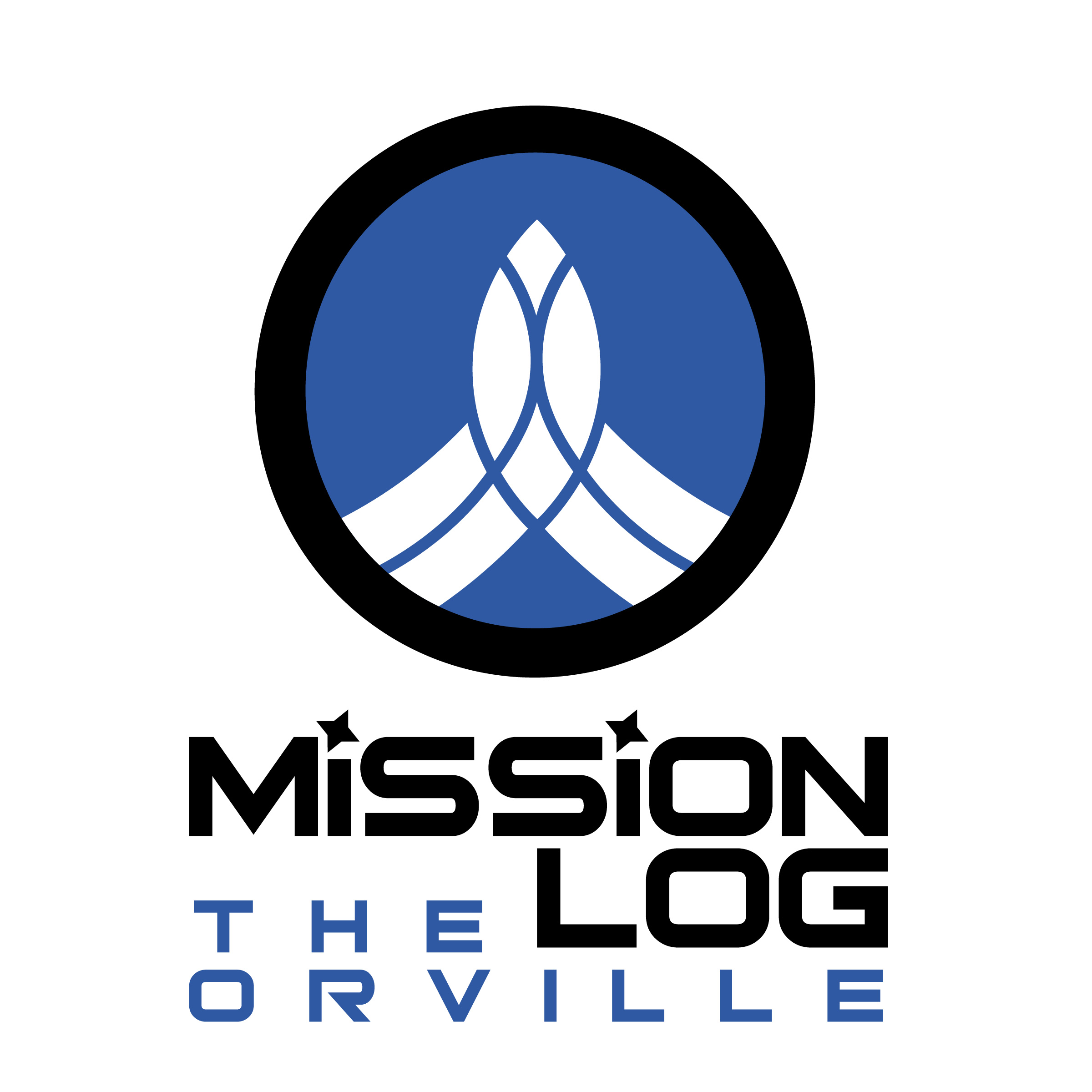